The experience of Emirati high school student Alia Al Mansoori was launched to the International Space Station as part of the continuous cooperation between the Emirates Space Agency, Boeing, miniPCR and the National newspaper, which aims to sponsor distinguished and DNA-based research efforts through the Emirates Genetics Competition in Space .

Launched by Boeing, with the support of the Emirates Space Agency, miniPCR and the National newspaper, between the seventh and twelfth grades, the competition provides an opportunity to develop DNA-based experiments that can be performed by astronauts on the International Space Station. 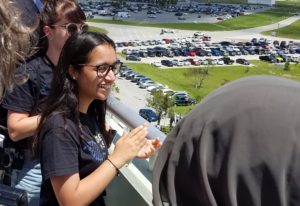 Alia Al Mansouri, a student at Al Mawakeb School in Al Barsha, Dubai, who is 15 years old, will be the third experience of its kind to have the opportunity to launch towards the International Space Station under the auspices of the Emirates Genetics Contest in Space. Through cooperation with supportive local partners, the Emirates Space Agency and the National newspaper.

Al-Mansouri said that the Emirates Genetics Contest inspired her by giving her the opportunity to help future astronauts safely reach Mars.

She added: “The need to discover connects us all as human beings and inspires us in different ways to make progress. I looked at the need for astronauts to protect during their flights or at least how we can provide them with new ways to see changes in their bodies knowing that it may be possible to prevent such This damage completely. “ 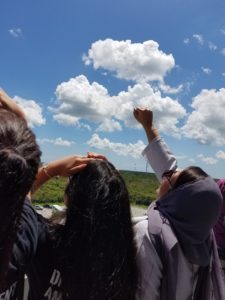 Alia Al Mansouri’s research efforts will follow the successful path of Anna-Sofia Bogorayev, who won the inaugural edition of the Emirates Genetics in Space competition in 2015, and Julian Robinfin, who won the competition in 2016, as well as the two winners in 2017, Elizabeth Ris and Sofia Chen. Students with distinguished scientists from the Massachusetts Institute of Technology, and the Harvard and Yale universities, where scientists instructed them in preparing their projects and then conducting their own research in a unique environment provided by the International Space Station. Who are working to decipher manned spaceflight.

Alia Al-Mansouri’s study will study any changes that might occur to the protein expression of DNA produced in space. The results of this experiment may provide clues as to how to prevent unwanted cell death in order to preserve the health of future astronauts during long-term missions to remote space, including space trips to Mars.

Al-Mansoori worked with scientists from the miniPCR with the aim of preparing its experiment for launching and conducting on the International Space Station. By using the miniPCR device less than the glove box to produce identical copies of the DNA, it will enable astronauts to create multiple strings of DNA in space to see how change can take place.